Get to know us.

San Antonio and San Marcos Pediatric Dentistry and Orthodontics is the vision of Dr. Roel Gonzalez and his wife, Dr. Ana Lavermicocca-Gonzalez. Their family of five (one member being a fur baby) lives in San Antonio, and they love to serve their community. Outside of the office, you can find Dr. G and Dr. A volunteering at various locations, including food banks, medical facilities and veterans nursing homes with their Therapy Dog Lola. 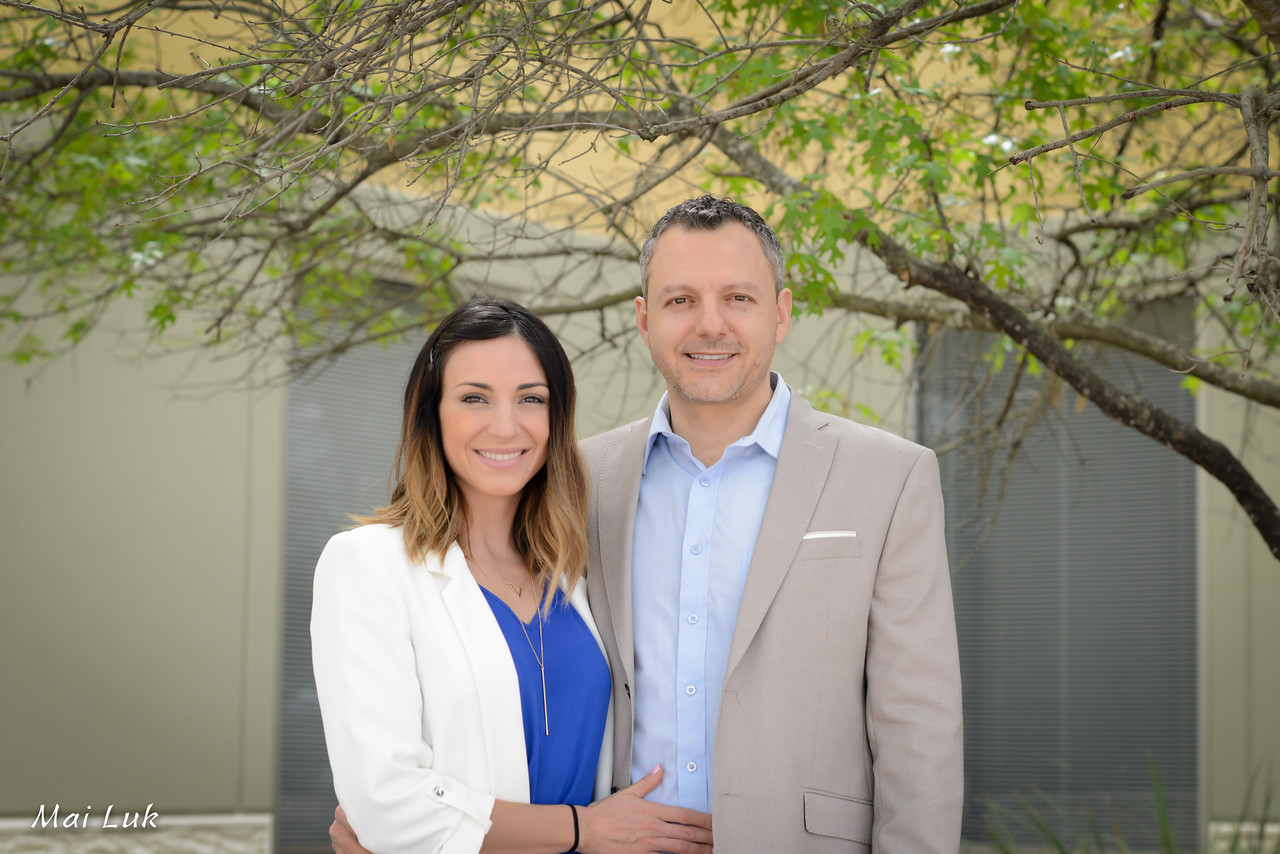 In 2004, Dr. Ana Lavermicocca-Gonzalez, or “Dr. A,” received her dental degree from the University of Gran Mariscal de Ayacucho in Venezuela. Immediately after graduation, she moved to the wonderful city of Rio de Janeiro, in Brazil, where she completed her Orthodontic Residency at the Gamma Filho University in 2007. In 2012, she moved to the US to pursue her love for pediatric dentistry and completed her second specialty residency in Pediatric Dentistry at the prestigious UT Health Science Center in San Antonio, Texas.

Dr. Ana is fluent in Spanish, Portuguese, English, and Italian. In her free time, she enjoys cooking and spending time with her husband (Dr. G), their son Thomas, baby Lucas, and Lola their fluffy friend. She is passionate about traveling, experiencing new cultures and foods.

Dr. A considers herself very blessed and fortunate to be able to practice alongside her husband, Dr. Gonzalez.

Dr. Gonzalez, or “Dr. G,” is a native Texan, who returned to The Lone Star after completing an educational and military tour of the U.S. and Asia. He received his dental degree from the prestigious University of Pennsylvania. After dental school, he was commissioned as a U.S. Air Force Captain and received acceptance into the Advanced Education in General Dentistry program at Wright-Patterson Air Force Base Medical Center in Ohio. He then served our military members and their families in multiple Air Force hospitals in Japan as a family dentist.

After completing an honorable military career, he continued onto pediatric specialty education at Children’s Hospital Colorado, one of the world’s top-ranked pediatric hospitals.

Dr. Gonzalez has served in medical missions locally and internationally throughout his career. He is currently a member of CMDA (Christian Medical and Dental Association) and enjoys traveling to the most underserved parts of the world to provide dental care.

Dr. Gonzalez is the youngest of a large family. Because he was raised with some of his siblings’ children, he received exposure to early child development which ultimately led him to the specialty of Pediatrics. Now, he considers himself very blessed to be able to serve his local and international communities alongside his wife, partner, and best friend Dr. A. He enjoys traveling, learning about new cultures, and spending time with his wife and children – Thomas, Lucas, and dog Lola.

We can’t wait to meet you!

Kind Words from Our Community

Every person on the team is super friendly and patient. My little guy had to have quite a bit of work done but they made him feel so comfortable and celebrated his bravery afterward. He went home telling everyone he wanted to go back to the dentist every day after school. You can tell they love what they do and they genuinely care, most importantly the kiddos can feel it!

My daughter and I love Dr. A. She is so kind and funny we would recommend this Ortho Office any day - it's the best hand down, and we can't forget about Dr. G he's also amazing!